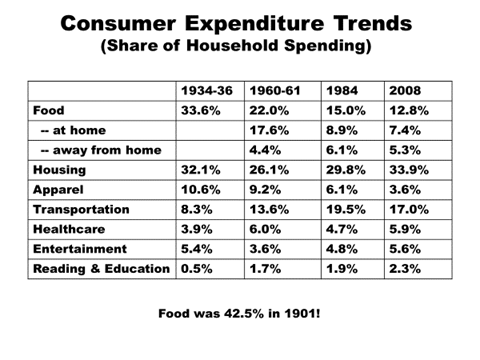 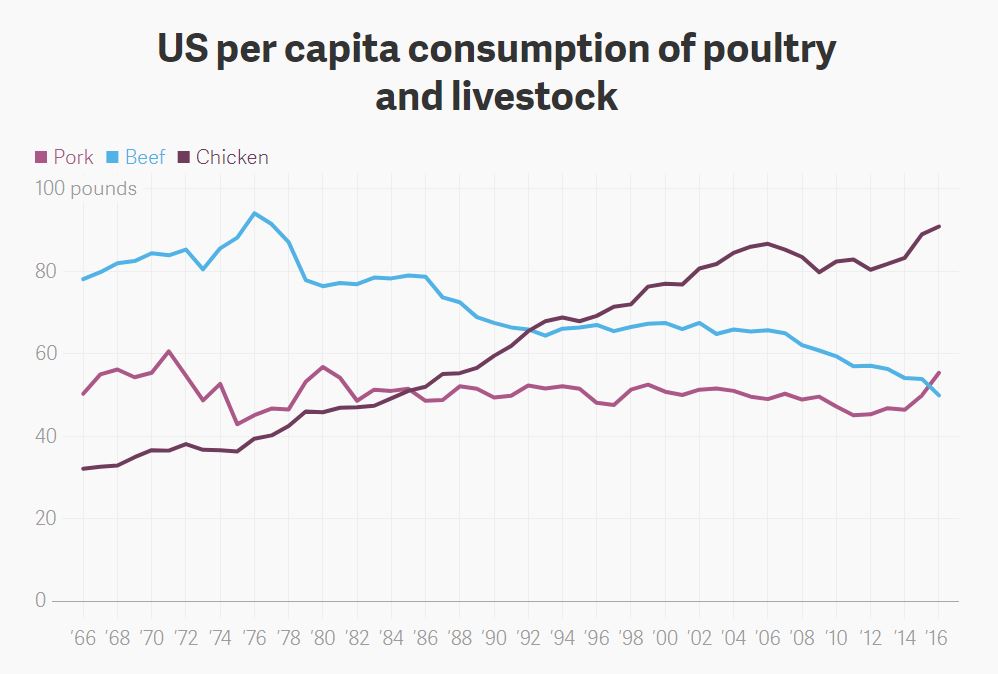 US per capita consumption of poultry and livestock

Dan Schroeder wanted to take a longer term look at the sources of the United States’ electricity consumption. Pulling data from the U.S. Energy Information Administration he created these beautiful charts. Check out his entire post with detailed notes here....

How Americans Spent Their Money in the Last 75 Years 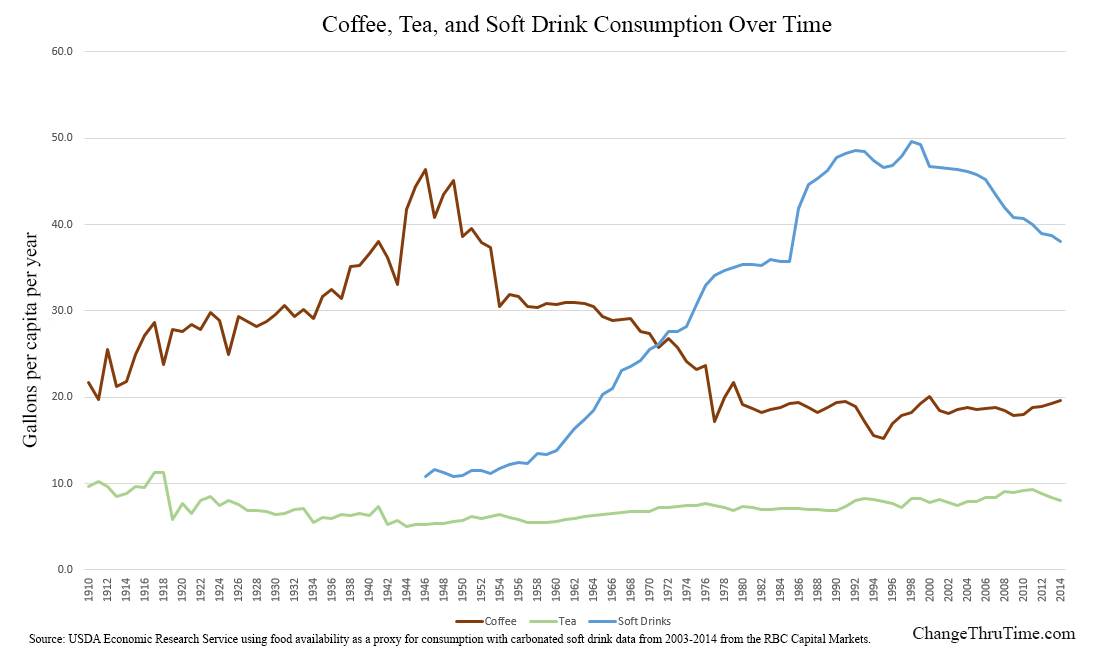 A Century of Coffee, Tea, and Soft Drink